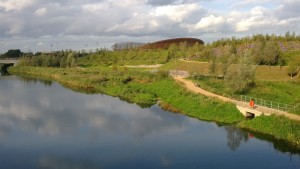 London 18 November 2013 – In their report released today the House of Lords Select Committee on Olympic and Paralympic Legacy recognised the significant advances in sustainability made by the London 2012 organisers, and called upon the UK Government – and specifically UK Trade & Industry (UKTI) – “…to develop an appropriate strategy to promote the sustainability expertise of the UK event industry.”

This was one of 41 recommendations made in the report which was the result of a series of hearings and examination of evidence carried out during the summer of 2013.  The report covers a wide range of legacy topics such as sport participation, regeneration of East London, volunteering and economic and business legacy.  While sustainability was not explicitly on the Committee’s initial brief, it was implicit in a number of areas of the inquiry and the final report does acknowledge this theme.

Along with colleagues from the British Standards Institution and Sustainable Events Ltd, I submitted written evidence to highlight our concerns that sustainability is becoming a missed legacy opportunity for the UK.  Thankfully our points were noted and led to the above recommendation.

Here are the key excerpts:

“Paragraph 73: London 2012 was rightly praised for the sustainable design and construction measures which were used in the development and building of the Park by the Olympic Delivery Authority. The events themselves also set new international standards for sustainability, which future hosts of major events are committed to maintaining.

Paragraph 74:  The experience of developing and working to meet these standards should give UK businesses a competitive advantage when bidding for future contracts. We are not convinced, however, that this niche area of UK expertise is being effectively promoted.

Paragraph 75: We recommend that the Government and UKTI develop an appropriate strategy to promote the sustainability expertise of the UK event industry. (Recommendation 35)*”

The report picks up on the success of London 2012’s sustainable procurement policies and the creation of: “…a fully certifiable international event management standard, known as ISO 20121.”  It highlights the international uptake of the new standard and cites this as a demonstration of: “…UK global thought leadership in the sustainability field.”

Despite the Government pledge – in their 2010 Legacy Action Plan – that they would be “showcasing the broader sustainability standards reached in the building and running of the Games and the positive economic and financial benefits derived from taking a sustainable approach”, the Committee noted that UKTI and others were not taking the steps necessary to promote this UK area of expertise.

This is formal recognition of what many commentators have been saying for a while, that the UK Government has dropped the ball on sustainability – indeed, not simply dropped it, but kicked it into the long grass and walked the other way.  What is so disappointing about this is the fact they are turning their back on something that has been a proven success with a strong business case and potential advantage for UK PLC.

I am not expecting this House of Lords report to achieve a sudden change of heart, but for those who care about advancing sustainability maybe there is something here to latch onto.