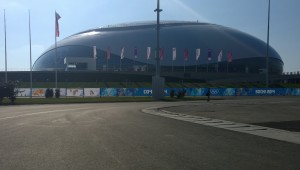 All sports lovers and Olympic Games fans will have been relieved by the evident success of the Sochi 2014 Winter Olympics, which have just finished.  Once again doom-mongers have been silenced and put aside by the exuberance of the occasion and the exciting sporting action.

Of course the Games are but an instant in time and the long-term effects of this mega-project – the total transformation of a summer resort into a year-round sport and leisure destination – can only be imagined.

Writing in The Daily Telegraph the day after the Games closed, Seb Coe (the former Chairman of London 2012) stated: “Never before has a Games been delivered in such virgin territory. All this has been achieved, unlike London, without the drag-anchor of planning restraint. But, like east London, it leaves a forever altered landscape, and one where judgment about sustainability after the show has left town can only properly be made over the coming decade.”

Environmentalists point to the ecological impacts of the development of the region for the Games and their judgement is already made.  For them the forever altered landscape is testimony enough and they are not swayed by the Organisers’ claims of massive mitigation efforts involving large swathes of land being protected from future development, or by the reintroduction programme for the endangered Caucasian leopard.

On ecological and wider sustainability issues the Sochi Games has endured almost entirely negative press; the one bright element being the substantial carbon mitigation programme developed by Dow Chemical, one of the Worldwide Marketing Partners of the IOC. Through a series of projects mostly within Russia, Dow has introduced products and technologies that provide low carbon alternatives across a wide range of industrial and agricultural applications.  Already the carbon savings reported amount to over 500,000 tonnes of CO2e, more than compensating the estimated 360,000 tonnes CO2e total emissions from the staging of the Games and including the travel footprint of athletes and spectators.  Of course, this is nowhere near the 4.3m tonnes CO2e total carbon footprint of the entire project when construction of venues and infrastructure are taken into account.  But at least there is some strand of low carbon legacy which actually might have a significant influence on a number of Russian business sectors.

Meanwhile, in his article Seb went on to argue that the legacy outcomes will depend greatly on whether the local airport opens up to direct flights from major European cities.  Calling for more planes is not a conventional sustainability line but he recognises that without a steady supply of overseas visitors to use the facilities, the local catchment is unlikely to be sufficient to keep them going.

All the sporting venues are permanent constructions and there are legacy plans for each of them.  The Fisht Stadium which hosted the Opening and Closing Ceremonies is due to be a venue for the 2018 FIFA World Cup.  At the other end of the Olympic Park a major grandstand that stood idle during the Games will be the home for a new Formula 1 circuit – traces of the course could be seen across the tarmac expanses of the ‘park’.  One of the ice venues is due to be converted to a velodrome, and adjacent to the Olympic Park is a Disneyesque theme park.

But while the athletes, fans and media all raved about the venues – and they did look impressive – they are very big buildings.  They won’t be cheap to run and in many respects have been over-engineered when it comes to their normal, legacy use.  It’s a long time to 2018 and between the various other star events that may come this way.  The challenge will be to keep the place going on a daily basis; to animate it and create constant vibe of activity.  A bit of meaningful greenery would be nice too.